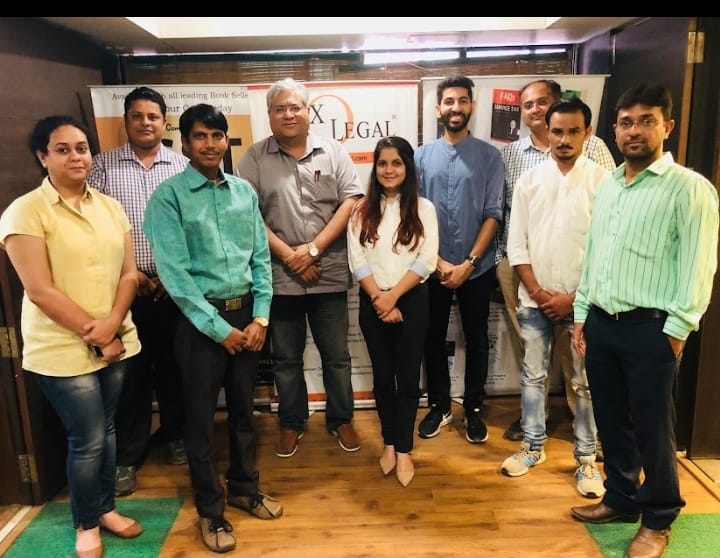 Tax-O-Legal is headed by Monish H Bhalla, who is a post graduate of science, and has served the Department of Customs and Excise and Service Tax for almost two decades. In the quest to become a part of the SOLUTION rather than the PROBLEM, he resigned from Government Service and laid the foundation of Tax-O-Legal.
It began with the wish of providing legal consultancy in Indirect Taxation coming from his 33 years association with the subjects of Customs and Excise and Service Tax.
With the appreciation of seniors and his own thirst to do more, he took the road less travelled which aimed at educating everyone with his online modules on service taxes.
Monish Bhalla, an Expert in Service Tax, is also a prolific writer, who has written over 400 articles in regular columns for the leading daily newspaper, DNA.
The longingness of enlightening everyone with his knowledge motivated him to become author of the various books which are “Service Tax Clarifications” in the year 2004, “Commentary on Negative List based Service Tax” in 2012, “FAQ on Negative List based Service Tax” in 2013 and “GST the game changer” in 2015, GST Unplugged, 2017 and GST Decoded, 2020.
He constantly registers his appearance on leading TV channels including 'Doordarshan' and 'All India Radio' for his expert views on the complex subject matters.
He has chaired as a key speaker at various seminars and talk shows to express his expertise and knowledge among professionals and industrialists.

Since we aim for higher client satisfaction, our dedicated efforts have facilitated us to relieve many renowned organizations & businesses from their voluminous tax issues relating to Service Tax, Customs, Central Excise and GST. Bringing justice as well as saving a great deal to our clients enhances our brand image as an adept organization.

The ladder of success cannot be climbed with hands in one’s pockets. So precisely Mr. Bhalla explained the said words, ‘I didn’t get to where I am by thinking about it or dreaming about it. I got there by doing it’. Constant hard work and dedication aspired him to launch an interactive web portal named www.servicetaxonline.com. This was a Government Authorized Reporting and Publication Company that was accredited to publish all the judgements delivered by the various benches of Hon’ble Customs Excise and Service Tax Appellate Tribunal (CESTAT) of the country. The portal is the ultimate destination for anyone to find any information like, Act, Rules, Notifications, Circulars, Cenvat credit, Procedural norms, articles, related case laws and much more relating to older Indirect Taxes regime. 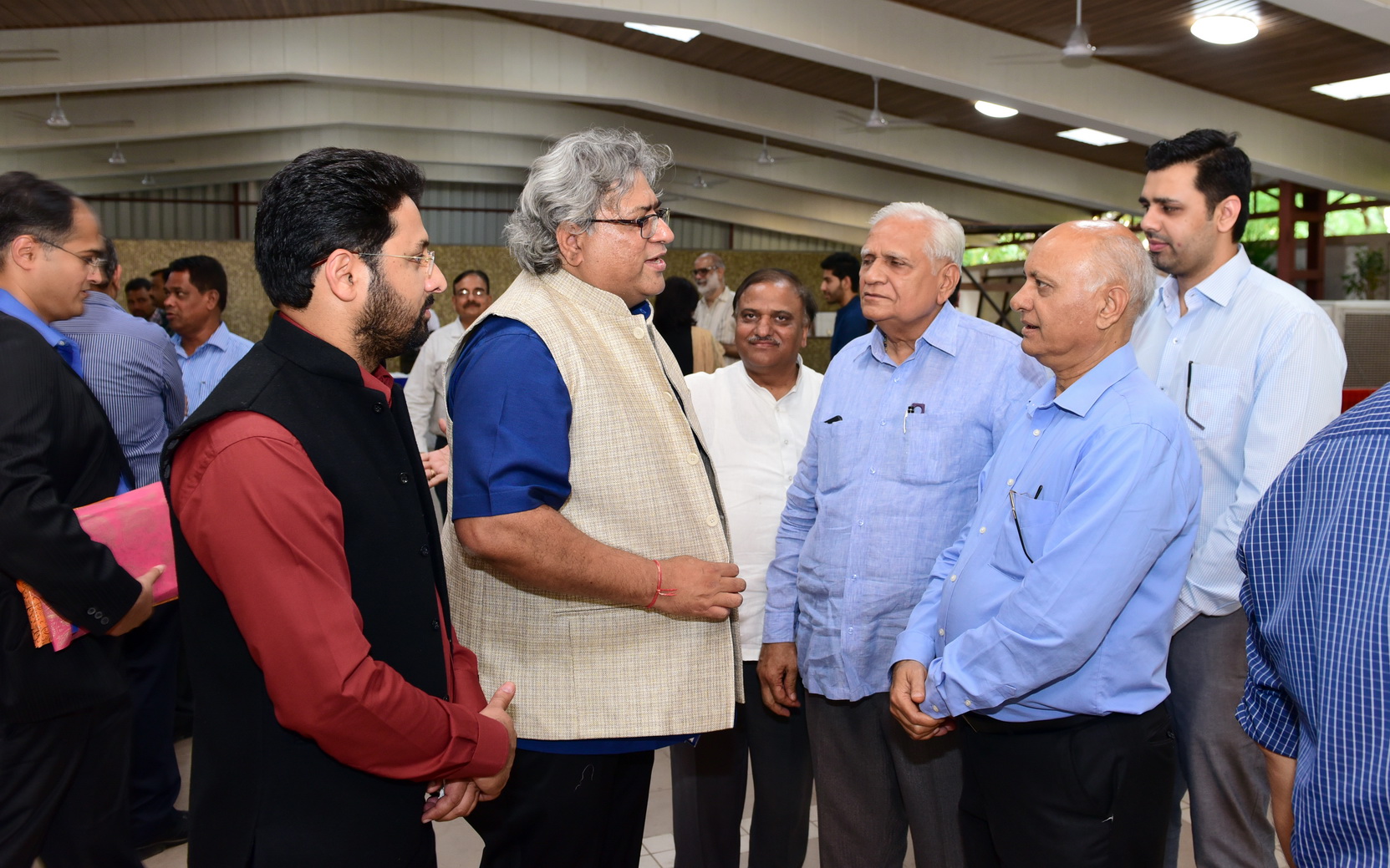 Deepak Kumar is an IRS Officer of 1978 batch and had retired in June 2013 as Chief Commissioner from Vadodara Zone. He possesses 35 years of work experience in the field of Customs, Central Excise and Service Tax. He has worked as Under Secretary in CBIC and held key positions in different Departments such as in Air Cargo and Airport Delhi, DRI, Mumbai Custom House and DGST etc. He has unique distinction of being Commissioner Central Excise & Service Tax (Appeals) at Ahmedabad, Lucknow and Jaipur for 7 years where more than 5500 reasoned and judicious orders were passed.

D. B. BHALERAO Advisor to Tax-O-Legal

Shri D.B. Bhalerao is a retired Superintendent of Central Excise, who has experience of 36 years in the matters relating to Central Excise, Customs, Service Tax and N.D.P.S. Act. He is well conversant in resolving tedious issues like classification, valuation, Adjudication, leviability, refunds and demands. His rich experience in the preventive / adjudication sections of the department has developed within him immense judicious, proportionate and un-biased view point on any disputed area in the subject matter.

Prasannan Namboodiri is a practising lawyer in the matters of GST, Central Excise, Service Tax, Customs, NDPS, PMLA and Exim Policy matters. He is enriched with 23 years of working experience in the Departments of Central Excise, Customs and Service Tax. In his career with the Central Government he also worked as Intelligence Officer in the premier investigating agency in the field of NDPS i.e. Narcotics Control Bureau. He resigned from the department to serve the society and also to pursue his passion to practice in the field of NDPS & Indirect Taxation

Mr. Gunjan H. Shah is a qualified Chartered Accountant and Rank Holder in CA Examination. From the beginning of his career, he has worked exclusively in Indirect Taxation. The knowledge of subject as well as degree in the area of system audit, has made him a budding Expert in the field of Goods and Services Tax. He has a vast experience for almost a decade in the field of Indirect taxes and regularly appears before Commissioner Appeals and CESTAT.

Advocate Ruhi Jhota exclusively handles matters relating to Indirect Taxation. Her experience ranges in areas of dealing with regular compliance issues, one- professional consultation, legal drafting and representation before Commissioner (Appeals) & CESTAT. Furthermore, she has been a key asset for our website content development, assisted in several books published by us and article writing.

Ms. Kiran Tahelani is a FCA. She is contributing to the indirect taxation team of Easy Tax-O-legal and assisting the team in providing our indirect taxation services. She is handling consultancy and litigation in (GST), Service Tax and Central Excise. She is regularly appearing in Ahmedabad CESTAT and lower judicial authorities. She has over 5 years of experience in handling Indirect Tax Litigation matters. She has written various articles for CA Association of Ahmedabad .

Sagar Upadhyay is a Chartered Accountant in practice. He is part of Service Tax and Excise Team. He is passionately working in the Indirect Tax Regime in Ahmedabad and Morbi. He is responsible for litigation and consultancy in Service Tax and Excises areas. Before joining Tax-O-Legal, he also worked in the Direct Tax Regime. His experience ranges in the areas of Consultancy, Article Writing and Compliance. He has been advising several companies on a variety of issues having GST Implications.